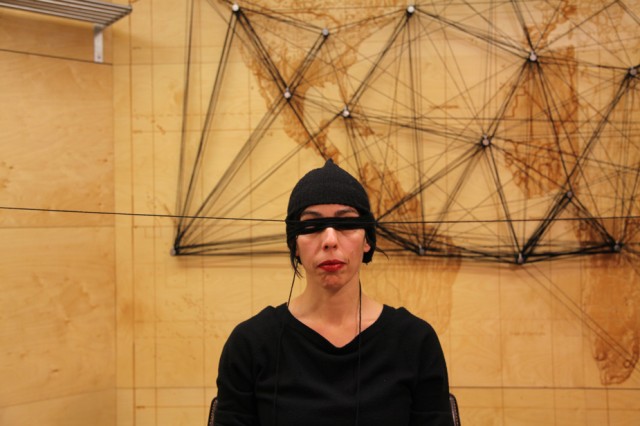 ALAN and MICHAEL FLEMING are identical twin brothers who have been working together since 2005 creating collaborative performance, sculpture, and video work. recent solo exhibitions include “STUDIO AUDIENCE” (2013) at CINDY RUCKER gallery, NY; “SPATIAL REASONING” (2012) at HAPPY COLLABORATIONISTS, CHICAGO; “GAME ON” (2012) presented at both THREE WALLS, CHICAGO and the ACTIVE SPACE, BROOKLYN. recent group exhibitions include “IMPERFECT SYMMETRY: A COMPENDIUM” curated by SARA BLACK and KARSTEN LUND, A + D GALLERY, COLUMBIA COLLEGE, CHICAGO; “BRONX CALLING: THE SECOND AIM BIENNIAL” at the BRONX MUSEUM of the ARTS; and “2 OF A KIND” at LVL3 GALLERY in CHICAGO. they have performed at the NEW MUSEUM in NEW YORK, the MUSEUM of CONTEMPORARY ART CHICAGO, the CHICAGO CULTURAL CENTER, DEFIBRILLATOR gallery in CHICAGO, the CENTRE for CONTEMPORARY ARTS in GLASGOW, and the FACTORY for ART and DESIGN in COPENHAGEN. In 2008 their video series “AT REST: THE BODY IN ARCHITECTURE” won the “PERFORMING” section at the KINOLEWCHYK FESTIVAL at the IDEA MUSEUM in LVIV, UKRAINE. in 2006 they were awarded the “GROUP 4 AWARD” from the FOUNDRY ART CENTRE for their video “DEFINING THE FRAME”.

the FLEMING brothers received their MFA in studio (2010) from the performance department at THE SCHOOL of the ART INSTITUTE of CHICAGO where they attended graduate school as a collaborative. ALAN and MICHAEL FLEMING currently live in BROOKLYN, NY.

promotional photo courtesy of the artists 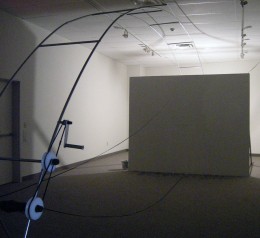 WHITNEY HUBER is an artist and educator with background in visual arts, art history and cinema studies. HUBER graduated from the UNIVERSITY of MISSOURI-COLUMBIA with a BFA in sculpture, painting, and drawing. she continued her education at OHIO UNIVERSITY where she graduated with a MASTER of FINE ARTS in sculpture and art history as well as a MASTER of ARTS in international film: history, theory, and criticism. her artistic work includes sculptural objects, costume, installation, video, performance and community arts. she teaches courses in studio art and design, art history and theory, and visual culture at COLUMBIA COLLEGE CHICAGO, and is working toward greater involvement with the city and youth in education and arts integration. her recent exhibitions include THE PROJECT AT WOMAN MADE GALLERY, RYMPLECLOTH at TERRAIN in CHICAGO IL and the first iteration of SHIFT at the SCULPTURE CENTER in CLEVELAND.

SHIFT, a performance work written and performed by HUBER is a poetic enactment of a workday cycle. fluxist, feminist, and beckettian in spirit, the performer employs low-tech kinetic props – a track, a crank, a light, simple tools – and the repetitive gestures of work to create a day-to-night image of mundane, beautiful labor. 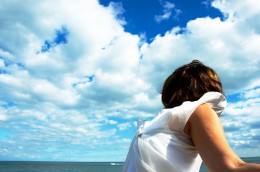 ZEPHYR is an experimental dance company questioning current trends in dancemaking, and the reduction of the art form to its most quantifiable, easily recognized patterns. ZEPHYR pushes toward the edges of dance, investigating movement in stillness and inertia, exploring endless repetitive patterns and stripping away unnecessary artifice to reveal the austere beauty hidden within each gesture. each new work creates an opening, a small gap or unexpected fissure that allows dance to expand. ZEPHYR considers the interaction between performer and viewer, and the movement possibilities that arise through that interaction. the company stages its performances in various spaces, from the proscenium stage, to large auditorium spaces, to galleries, to allow the viewer choices in how they encounter, and engage with, movement. the results are movement installations that transform the atmosphere of a space with rich images, sensual movements and unexpected occurrences.

the evening’s performance is an excerpt from OUT and BACK in AGAIN is an immersive environment of movement, sound and image that occurred at DEFIBRILLATOR in OCTOBER 2013. the piece continues the development of Michelle Kranicke’s aesthetic investigation of proximity, perception and the framing of movement by mining the most essential fragments of previous work, and juxtaposing those fragments against new choreography.